I know, I know. I don't blog nearly as much as the pundits of promotion say I should. But if ever there was a time for a post, this is one.

The Stormy Dan's abandon ship - and waste no time

Amid all the terrible news these days there is this nugget of brightness: The Stormy Danl's - my sea shanty crew spawned in a time of deadly plague - have disbanded.

Shortly before it became necessary for my wife and me to get out of Russia in April (2022), I went to round the guys up for a few last drinks only to discover they were nowhere to be found, and evidently long gone. Presumably they were some of the very first rats to leave the ship following the skipper's "special military operation" in Ukraine. That would be just totally like them.

All I've been able to come by is one rumor that Dartmoore Dan'l may have stowed away on a bulk carrier bound for Istanbul, and another that a figure resembling Dinghy-oar Dan'l was observed rafting downriver from Narva, Estonia in the dead of night. If it was him, he's making his way back to his favorite Tiki bar in Tahiti whence he came. I sincerely hope he gets there - and stays there.

Dredgebottom Dan'l and Drunken-whelp Dan'l have vanished without a trace and will probably never be heard of again. You can't begin to imagine what a relief that is.

This is the best thing that could happen to the sea shanty and maritime folk music communites. I hope everyone appreciates their good fortune. 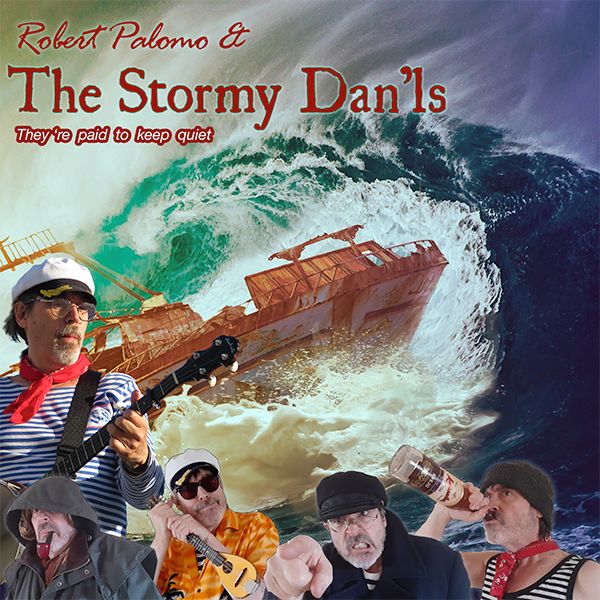 They're gone. It wasn't much fun while it lasted.